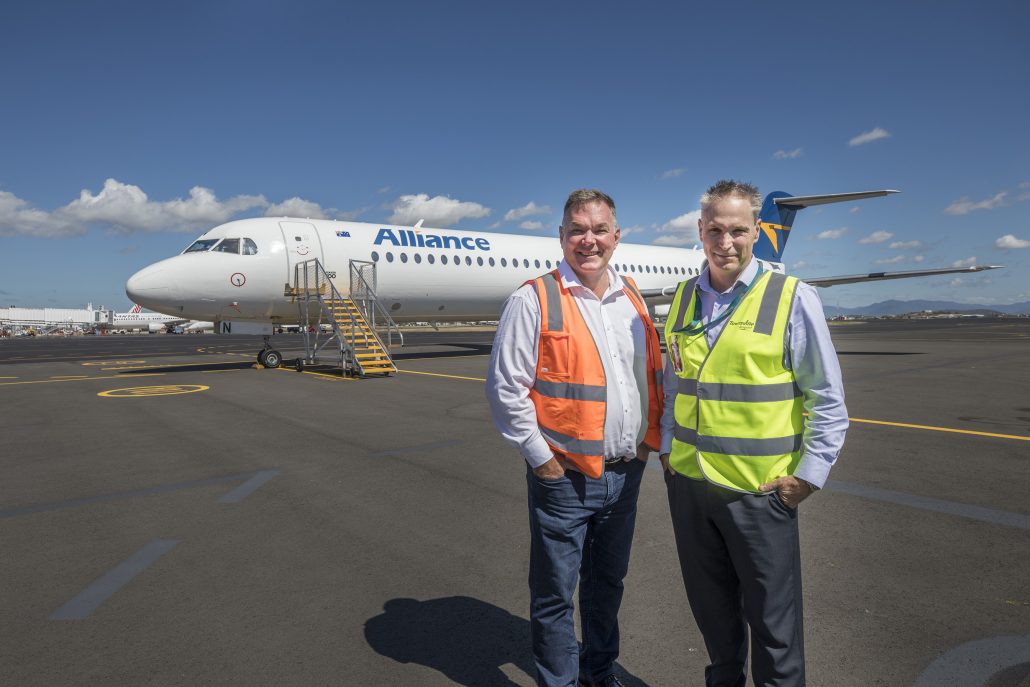 A milestone has been reached in the redevelopment of Townsville Airport, with the delivery of a $10 million upgrade to expand and resurface the airport’s apron.

It follows the announcement last month that Townsville Airport has become one of the country’s fastest growing airports, after recording 14.6 per cent passenger growth in March – its strongest growth in eight years.

The upgrade included an 18,000sq m expansion of the apron area to facilitate parking for up to two additional aircraft, providing up to 33 per cent more capacity at peak times.

Townsville Airport Chief Operating Officer Kevin Gill said it was the first step in the realisation of the airport’s redevelopment.

“At peak times our apron has been at capacity, and occasionally over capacity, requiring us to rely on Defence land to house aircraft. Now we have sufficient space to meet current and future demand,” he said.

“Our focus is now firmly on the terminal component of the Project Alive redevelopment.

“Delivery of the full program of the airport’s redevelopment is a priority for the airport and the entire community, and we are keen to get on with the task.”

The airport has invested $20 million of the total $80 million redevelopment cost to date, with the completion of airside works and some early works in the terminal.

The project also included the rejuvenation of parts of the existing 28-year-old apron surface.

A total of 44 people worked on the project, with most coming from Townsville.

BMD completed the project and RCP were also involved.

The apron completion follows the opening of a new bar and café in the terminal this week, through a partnership between Lagardere and Townsville Brewing Company’s The Brewery.